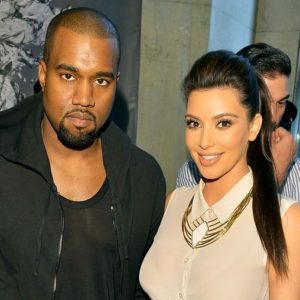 So in the light of the Brangelina split, I’ve been asked to have a look at the relationship between Kim Kardashian and Kanye West. Not sure if people are thinking they are in difficulties, but as far their relationship is concerned, they have a nice balance. She’s a 4 Yin Wind Expression which suits the female body well and he is a 5 Yang Earth Centre and that’s a smooth fit for a man.  They both have what’s known as ‘simple’ Expressions, but remember the underlying principle of the Natural Expression philosophy: there is nothing that is good or bad; it’s just what it is!

So what sort of relationship are they in? If you read the Brangelina post, you would have discovered that they were in a ‘Conflict Opposite’ relationship. Kim and Kanye are in what’s known as a ‘Passive Control’ one. What does that mean? Well, whilst there is a balanced YinYang fit, in these kinds of relationships, the Yin does want to control the Yang. This rarely works, or at least not for any length of time, because Yin can’t control Yang.

So without knowing them (obviously!), I would suspect that Kim is sometimes/often/always on Kanye’s case! But he will just ignore her and do his own thing anyway! This will frustrate Kim and she may try even harder to get her own way. This will be a mistake.

Kim is Yin, and she has to accept that with Kanye being Yang he will naturally lead the relationship and set the boundaries (and if he does such a thing, he will be putting out the rubbish, sorry trash!). He, in turn, needs to recognise that Kim does want/need a major say in the dynamics of the relationship and he needs to listen! If they can both accept their Natural Expressions and the type of relationship they are in, this has every chance of being a happy and harmonious one.

If you want to know what’s going on with your relationship, book a consultation and/or read my book “Sex, Love and Who Puts the Rubbish Out?”.