Skip to content
Home » Blog » Uncategorised » Who gives a xxxx how you sign off a message? You should! 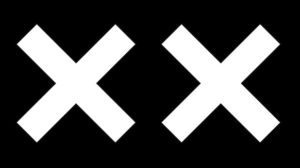 Some years back, I was having a furious text exchange (both in speed of response and emotional impact) with a former lover after a recent break-up. After the electronic dust had settled and I re-read the messages, I was struck by how varied her sign offs were. Initially, when things were cordial they ended with xx. As they heated up, it was down to just the solitary x, then just a full stop and finally when things were really bad, no punctuation mark at all! By the last message, when things had calmed down a little and there was a certain amount of rapprochement, I was left with the single x.

Wow, a whole gamut of non-word signals allowing me to simply scan to the end of the message to gauge exactly where I stood at that particular juncture without having to actually bother reading the text. Throughout it all, I resisted the temptation to respond in kind and resolutely signed off each time with a double xx. But don’t for one moment read into that that I was somehow being superior. Not a bit of it, because the content of some of my texts were pretty unpleasant and couldn’t possibly warrant a sign of affection at the end. I was playing ‘the game’ just as hard, only in a different way.

When I took some time to reflect on these goings-on, I was glad that I was consistent with my double xx sign off, but not with the tone and content of some of my texts. Yes, I can put them down to the high emotion and the hurt I was feeling at the time, but I wasn’t being the person I wanted to be. Her varied sign-offs, on the other hand, had the probable desired effect of upsetting me but there is a strong argument that her way was a better way – at least she wasn’t being hypocritical. But both ways were wrong because we were always responding to the other person’s varying emotional state and not being true to ourselves.

The sign-off is just one of many ways of how we tend to position the people we connect with in whatever walk of life: yours sincerely, take care, best wishes, with love, lots of love etc etc. It would be odd indeed signing off an email to a lover with “yours sincerely” – the recipient may be right in thinking that you won’t be lovers for much longer. But what if it was “take care”? Would that be a warning signal of storm clouds ahead?

This of course is part of the problem with the written word. It is hard not to read messages in the emotional state we are in at that moment. At the time because we are feeling insecure “take care” might not seem to be a particularly loving sign-off and triggers alarm bells. The next day if we are feeling better, it could actually be seen to be rather affectionate without any sinister undercurrent at all. This hierarchy of friends, lovers and business associates is a bit like a league table with positions changing each week and all fighting for either promotion or relegation at the end of the season. But we are the only ones actually playing this game and moving the pieces around. We can choose not to.

It is surely better to say to yourself this is the person I am and this is what I stand for and believe and that’s not going to change regardless of what anyone else says or does or the ups and downs going on in my life at the time. This is not something that you have to broadcast or let anyone else know about. It doesn’t matter about them, it only matters about you. So, for the sake of argument, if you think you’re a double xx sort of guy, then be that come what may. But, make sure that this is backed up by your actions and words. So don’t do what I described earlier. Don’t’ write something unkind and sign off with some xx’s. Just don’t write anything unkind at all. Make your point, yes, be assertive if you have to, but don’t be unpleasant. Be the person you want to be, always, and you will be that person.